Nobody said a fresh start would be easy

A clean slate is exactly what Katie Gallagher needs, and Bar Harbor, Maine, is the best place to get it. Except the cottage her grandmother left her is overrun with woodland creatures, and the police chief, Aiden Cavanaugh, seems determined to arrest her! Katie had no idea she'd broken his heart fifteen years ago…

A protection I’ve been relying on is gone. While my wolf traits are strengthening steadily, the loss also left my mind vulnerable to attack. Someone is ensnaring me in horrifying visions intended to kill. Clive, the sexy vampire Master of the City, has figured out how to pull me out, designating himself by personal bodyguard. He’s grumpy about it, but that kiss is telling a different story. A change is taking place. It has to. The bookish bartender must become the fledgling badass.

I’m a survivor. I’ll fight fang and claw to protect myself and the ones I love. And let’s face it, they have it coming.

​I find vamps from New Orleans readying an attack. One of the benefits of vampires looking down on werewolves is no one expects much of me. They don’t expect it right up until I take their heads.

Now, Clive and I are setting out for New Orleans to take the fight back to the source. Vampires are masters of the long game. Revenge plots are often decades, if not centuries, in the making. We came expecting one enemy, but quickly learn we have darker forces scheming against us. Good thing I’m the secret weapon they never see coming. 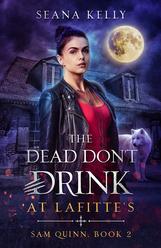 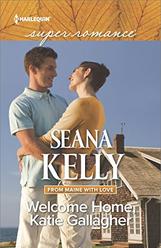 I’m Sam Quinn, the werewolf book nerd owner of the Slaughtered Lamb Bookstore and Bar. Things have been busy lately. While the near-constant attempts on my life have ceased, I now have a vampire gentleman caller. I’ve been living with Clive and the rest of his vampires for a few weeks while the Slaughtered Lamb is being rebuilt. It’s going about as well as you’d expect.

My mother was a wicche and long dormant abilities are starting to make themselves known. If I’d had a choice, necromancy wouldn’t have been my top pick, but it’s starting to come in handy. A ghost warns me someone is coming to kill  Clive. When I rush back to the nocturne,

...because we could all use a good book

I’m Sam Quinn, the werewolf book nerd owner of the Slaughtered Lamb Bookstore and Bar. Clive, my vampire gentleman caller, has asked me to marry him. His nocturne is less than celebratory. Unfortunately, for them and the sexy vamp doing her best to seduce him, his cold, dead heart beats only for me.

As much as my love life feels like a minefield, it has to take a backseat to a far more pressing problem. The time has come. I need to deal with my aunt, the woman who’s been trying to kill me for as long as I can remember. She’s learned a new trick. She's figured out how to wearponize my friends against me. To have any hope of surviving, I have to

The Dead Don't Drink at Lafitte's

Welcome to The Slaughtered Lamb Bookstore and Bar. I’m Sam Quinn, the werewolf book nerd in charge. I run my business by one simple rule: Everyone needs a good book and a stiff drink, be they vampire, wicche, demon, or fae. No wolves, though. Ever. I have my reasons.

​I serve the supernatural community of San Francisco. We’ve been having some problems lately. Okay, I’m the one with the problems. The broken body of a female werewolf washed up on my doorstep. What makes sweat pool at the base of my spine, though, is realizing the scars she bears are identical to the ones I conceal. After hiding for years, I’ve been found.

learn to use my necromantic gifts. I need a teacher. We find one hiding among the fae, which is a completely different problem. I need to determine what I’m capable of in a hurry because my aunt doesn’t care how many are hurt or killed as long as she gets what she wants. Sadly for me, what she wants is my name on a headstone.

​​I’m gathering my friends—werewolves, vampires, wicches, gorgons, a Fury, a half-demon, an elf, and a couple of dragon-shifters—into a kind of Fellowship of the Sam. It’s going to be one hell of a battle. Hopefully, San Francisco will still be standing when the dust clears.